The top 5 countries to witness the Northern Lights

The spectacle of the Aurora Borealis, better known as the northern lights, is nature’s original light show in the Northern Hemisphere. The natural phenomenon brightens dark winter nights and draws thousands of spectators into the Arctic Circle every winter. Onlookers can appreciate anything from an ethereal green glow on the horizon to animated cherry streaks across the sky. It’s a superb spectacle you won’t forget. For many people adding this to their bucket list is a must. It is one of nature’s most spectacular phenomenon that always causes excitement and wonder among those who have never seen it before. Anyone hoping to catch a glimpse needs to head to hotspots to increase their chances of viewing it. Since there are a lot of countries in which to see the northern lights, let us answer that all-important question; Where are the best countries to see the northern lights?

Norway is best known for its magnificent scenery and stunning fjords. But that's not all this Scandinavian state has to offer. Regarded as the happiest country in the world in 2017, Norway is undoubtedly one of the most popular countries to witness the northern lights. Only a limited amount of places on earth offer better ways to witness the aurora borealis than Norway.

Our cruises depart between September and April, and this is generally the best time to see the lights as they are visible for eight months a year, giving you the best chance of seeing the lights at their most spectacular. On your journey through Norway, you may be spending around 7-10 nights in this beautiful country, so there will be plenty of opportunities to catch a glimpse of the lights. To witness the aurora in all its glory all that is required is patience and a clear sky.

Apart from the northern lights, Iceland has plenty of fascinating attractions; geysers, volcanoes, amazing waterfalls and blue ice. Iceland captivates visitors at any time of the year, but the winter months have a special charm with the added bonus of seeing the northern lights.

Witnessing the aurora is the highlight when visiting Iceland. This phenomenon attracts everyone from professional photographers to global tourists. Again, like all areas, the best locations have a mixture of the right weather (not cloudy, dark skies), no light pollution, scenic areas and are accessible. Iceland is the perfect cruise destination for discovering the unexpected where nature is rugged and beautiful and the culture is rich.

Greenland is the world’s largest island which is covered with ice sheets, and with a population of approximately 56,000, what better way to experience the night sky illumination of the northern lights than in Greenland. Global tourism in Greenland is growing. Tourists travel not only to see the Arctic destinations, but increasing numbers come to witness the northern lights.

As a destination, Greenland has received many honours in recent years. Most notably, Greenland is on Lonely Planet's Top 10 List of Best Travel in 2016. Vast swathes of beautiful, unfenced wilderness await on your cruise to Greenland. With virtually no roads on the world’s biggest island, cruising is the ideal method of transport to discover the country. 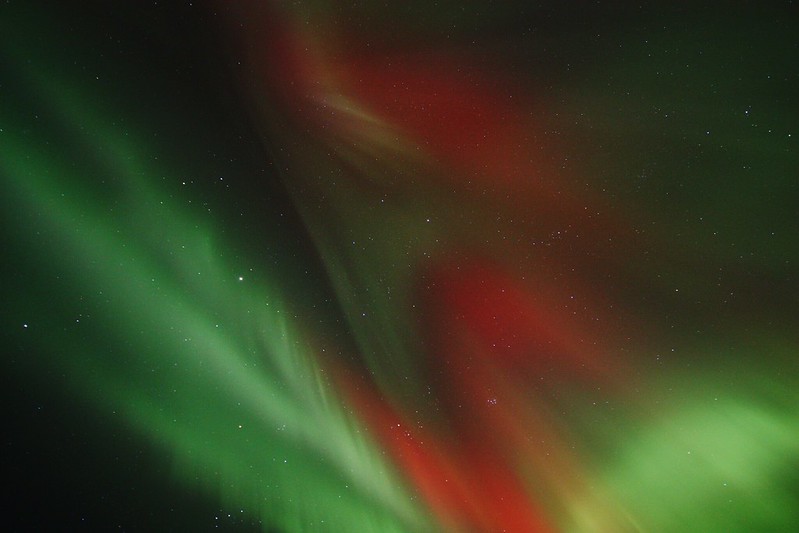 While Scotland is well known for the Loch Ness Monster, it may come as a surprise to know that certain areas of Scotland also lie at the same latitude as Stavanger in Norway, so you’re in with a good chance of spotting the dancing lights on a trip to Scotland. With longer periods of darkness, autumn and winter seasons are probably the best times to witness the northern lights. Head to the countryside to avoid light pollution from towns and cities to increase your chances of seeing them. Furthermore, Scotland has some amazing sightseeing locations for travellers. From trekking to cycling, a true land of paradise for all travel and nature lovers.

The northern lights is a unique display visible from a number of locations, with the world’s second-biggest country, Canada, offering some incredible locations to see the phenomenon. Canada has a lot to offer tourists. Visitors never fail to be dazzled by the landscapes the country has to offer, all the more come winter nights when breath-taking displays fill the skies with colour. It is the winter climate that captivates so many visitors each season who are drawn to explore this fascinating country. Canada is a prime destination for viewing the northern lights, particularly between the months of October and March.

Create memories that you will never forget as you take a cruise through icy seas to witness this magnificent sight. From colourful maritime villages to spectacular snow-covered mountain ranges, your journey will lead you to discover some of the most remote and impressive corners of the Earth.

See one of the world’s finest natural wonders on a Northern Lights cruise. Take a look at our cruise offers to find the best cruise deals for your northern lights holiday.