Mysterious Madeira – Everything you need to know about the islands

In the North Atlantic Ocean, the Portuguese archipelago of Madeira is truly a world of its own. Towns and villages are hidden among towering sea cliffs and lush green hills in one of the most remarkable landscapes on Earth. In this guide, we’ll talk you through everything you need to know about these mysterious islands.

Set 250 miles north of Tenerife in the Canary Islands, Madeira has been one of the two autonomous regions of Portugal since 1976. It’s made up of Madeira, Porto Santo, the Desertas and the Savage Islands. Historically, Madeira was claimed by Portuguese sailors in 1419. Today, its mild climate and spectacular scenery attract around one million visitors each year.

Porto Santo, located around 26 miles northeast of the island of Madeira, has a fairly different climate. As it is less mountainous, the island has a drier climate and also benefits from a five-mile white sand beach. Slightly closer to the island of Madeira are the Desertas Islands. Of the jagged, rocky islands, only Deserta Grande is inhabitable. The Savage Islands are equally desolate, set 170 miles south of Madeira.

Noted for its wine, food and unique history, Madeira Island has plenty to offer. The capital and main cruise port, Funchal, can be found on the southern coast. Funchal’s pretty neighbourhoods and streets rise almost 1,200 metres on the gently sloping hills. Due to the size of Madeira, it’s fairly easy to get around the capital and beyond.

Nina, writer at Nina Travels, talked to us about her trip to Madeira: “We loved the fact that the island was big/small enough to explore it all around and still have time to simply enjoy the hustle and bustle of Funchal and the other smaller towns and villages. Not to mention it is always a good time to visit Madeira for its year-round spring temperatures.

“Who would not want to spend New Year’s in shorts or change the hot summer months for the refreshing breeze from the Atlantic Ocean, while pampering yourself with a daily catch and a glass of local wine?”

Any resident of Madeira will tell you, this is not the place to go for beaches. The island’s dramatic cliffs rise from the Atlantic before turning into mountains in the distance. However, the dramatic scenery, hiking routes and fascinating sites are what make Madeira so special.

Julie Fox, writer at Julie Dawn Fox in Portugal, added: “I rave about Madeira for good reason. What I enjoyed most was the dramatic and varied countryside. We toured the island by sidecar and bus and did some walks along levadas and found the diversity of scenery quite remarkable for such a small island.

“It ranges from lush, almost jungle-like greenery to dry, alien rockscapes. The pebble beaches alongside fajas, i.e. flat strips of farmable land, at the base of sheer volcanic cliffs, were hard to get to but worth the effort and the gardens, especially the art-filled ones at Monte Palace, were a joy to explore.”

Journalist and avid walker Guy Hunter Watts has dedicated much of his life to walking through Spain and Portugal and has even written several Cicerone guide books on the subject. While hiking through Madeira, Guy was overwhelmed by the island’s unique landscape. In a blog post on his trip, he said: “Madeira feels like it was never intended for human inhabitation, a place of savagely beautiful landscapes that tell a story of a man and his endeavour to tame the colossal forces of nature.”

We caught up with Guy to find out more about his impression of Madeira. He said: “Madeira is a superb destination for nature lovers and walkers with a benign climate, fantastic flora and some of Europe’s most dramatic volcanic scenery.

“The island lives life at a quiet pace and this is maybe why it attracts more elderly tourists. It’s not a place to come to party!”

Famed for its wine, Madeira also has a bounty of fresh seafood. Its unique climate and location make the island perfect for growing tropical fruits and the locals have used these ingredients to create unique meals and local beverages.

“Madeira is such a small island but overall, it does offer everything you wish for,” said Nina Potuje of Nina Travels. “From amazingly fresh and delicious seafood to traditional juicy grilled meat on long sticks called Espetada. There are even opportunities for a quick bite, as the ‘Bolo do Caco’ is one of the local fast foods, which will impress everyone who likes butter and garlic. It also goes great with freshly squeezed passion fruit.

“Don’t forget to cheer with ‘Poncha’ – a traditional alcoholic drink made from sugar cane, honey and orange/passion fruit juice. They even have their own win and beer, so take time for some tasting trips as well.”

On her visit to Madeira, Julie Fox sampled some of the island’s most traditional food and drink. She said: “I tried poncho for the first time and although I don’t normally like spirits, the fact that the sugar cane rum is mixed with fresh fruit juice made it all too easy to drink. I’ve also become slightly addicted to bolo de caco, a flat circular bread that’s often served hot and oozing with garlic butter. Tasting fruits I’ve never seen or heard of before, such as banana pineapple and tomato passion fruit, was also fun.

“I’m keen to try Solar da Ajuda as it has a great reputation for steak on a stone, one of my favourite Portuguese dishes. For petiscos (sampling dishes, like tapas), I’d try Taberna Madeira.”

Guy Hunter-Watts also shared his favourite restaurant: “My top restaurant recommendation is Armazem do Sal in old Funchal. Top dining with immaculate presentation, beautiful period interiors and top service. Worth a splurge! Another tip – try the local scabbard fish. Ugly to look at when fished from the depths, delicious to eat!”

Madeira wine is a fortified wine native to the islands. Dating back to the Age of Exploration from the 15th to 18th century, the wine was made when Madeira was a standard port of call for ships heading to the New World or East Indies.

Whether you prefer your wine dry or sweet, Madeira wine is a must-try when visiting Funchal. Sarah Ahmed, wine connoisseur and writer at The Wine Detective, specialises in exploring Portuguese and Australian wine. She said: “Madeira’s capital city has a laid back air, as well it might being home to the world’s longest living (some say indestructible) drink – Madeira wine.

“Where else can you find wine lodges with 100 plus year old wines in a barrel? They are a must-stop, as the exotic, colourful food market Mercado dos Lavradores. If you want to get the pulse racing, try Madeira’s original extreme sport, wicker tobogganing.”

Madeira wine has unique characteristics, as Sarah explains: “Bracing acidity is the key to Madeira wine’s longevity and sublime balance. It really sets it apart from other fortified wines.” 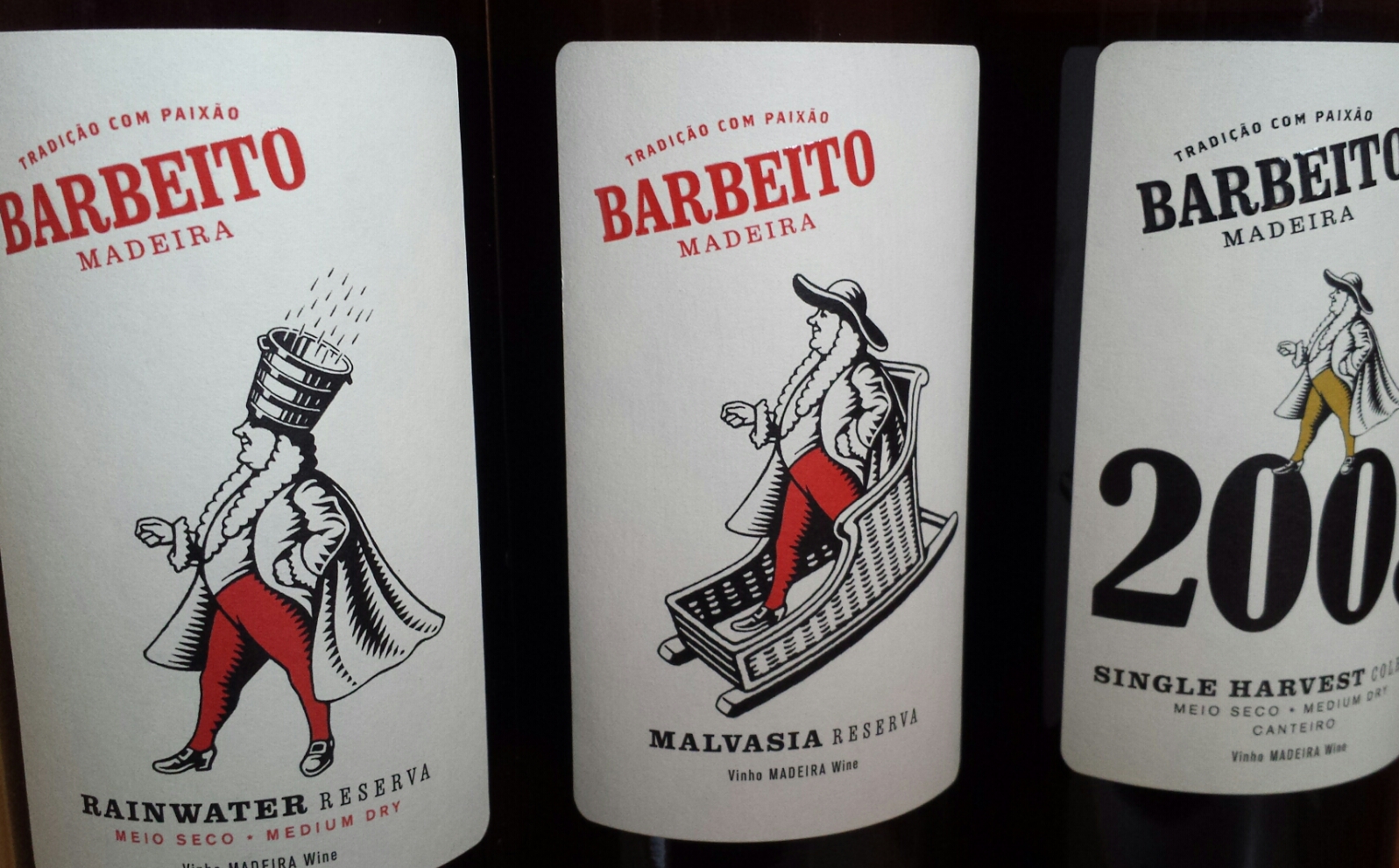 Despite being home to this internationally-loved wine, there are only a handful of producers in Madeira. “My picks of the bunch would be Blandy’s Wine Lodge who run excellent tours at their uber-traditional wine lodge. It incorporates a museum and 1811 Bistro and Wine Bar, where you can taste many Portuguese wines by the glass with small plates.

“Pereira D’Oliveira has a peerless choice of rare 19th century wines which you can taste or buy at their traditional cellar door. In contrast, 30 minutes’ drive away, Barbeito’s gleaming new winery showcases Madeira’s most contemporary styles of this wine. They are truly excellent and this is a must-visit.”

It’s important to pair the wine with the right foods to fully appreciate the flavour. Sarah recommends: “My favourite matches are Sercial, the driest style, with salted almonds (it’s salty and lip-smacking, so a great aperitif). Or Try it with sushi or sashimi, or I’ve even had Henriques & Henriques Sercial 10 year old Madeira with tataki of seared tuna with a soy, shallot and ginger dressing, a brilliant match. For the sweeter styles, Bual and Malmsey (which is also known as Malvasia), they are great companions for the cheeseboard, with dark chocolate, sticky toffee pudding and Christmas pudding.”

What to do in Madeira 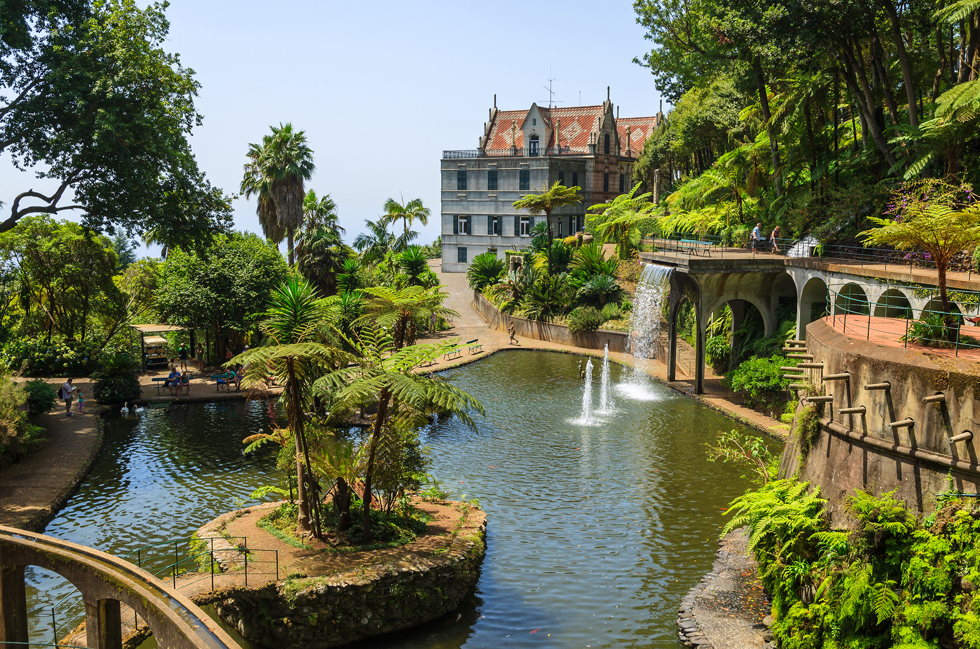 Exotic plants, peacocks and spectacular garden displays cover the grounds at Monte Palace Tropical Garden. This unique Madeira attraction has a fascinating history. In the 18th century, the English Consul Charles Murray bought the property and transformed it into a beautiful estate. Near the end of the 19th century, some of the wealthiest families in Madeira lived in magnificent estates such as this. Years later, the estate was purchased and transformed into a palace-like residence named the Monte Palace Hotel. When the buyer, Alfredo Guilherme Rodrigues, passed away, the estate was transformed into the Monte Palace Tropical Gardens.

The gardens are filled with exotic flora and fauna, grand sculptures and art installations. Discover the full history of the estate at Monte Palace Museum within the grounds and look out for some unusual wildlife roaming freely.

The cliffs of Cabo Girao, just outside Funchal, are some of the highest in Europe. So, what better way to appreciate the view than by wandering over a glass platform jutting out over the water? The skywalk is certainly not for the faint-hearted, however the views are spectacular. After taking in the scenery, ride the cable car down the face of the cliff to the terrace fields at the bottom of the cliffs. This attraction is completely free to visit.

In Gothic style, the Cathedral of Funchal is a striking building in the heart of the capital. Built in the late 15th century, it is one of the few surviving structures since the early period of colonisation in Madeira. Be sure to stop by when exploring the city.

For fresh seafood and vibrant fruit, visit Mercado Dos Lavradores. Built in 1940, the farmers’ market can be found in the historic area of Santa Maria in Funchal. Local traders are happy to let you sample their goods, including rare fruit native to the island. The market is a great place to explore Madeira’s traditions while on your cruise holiday. 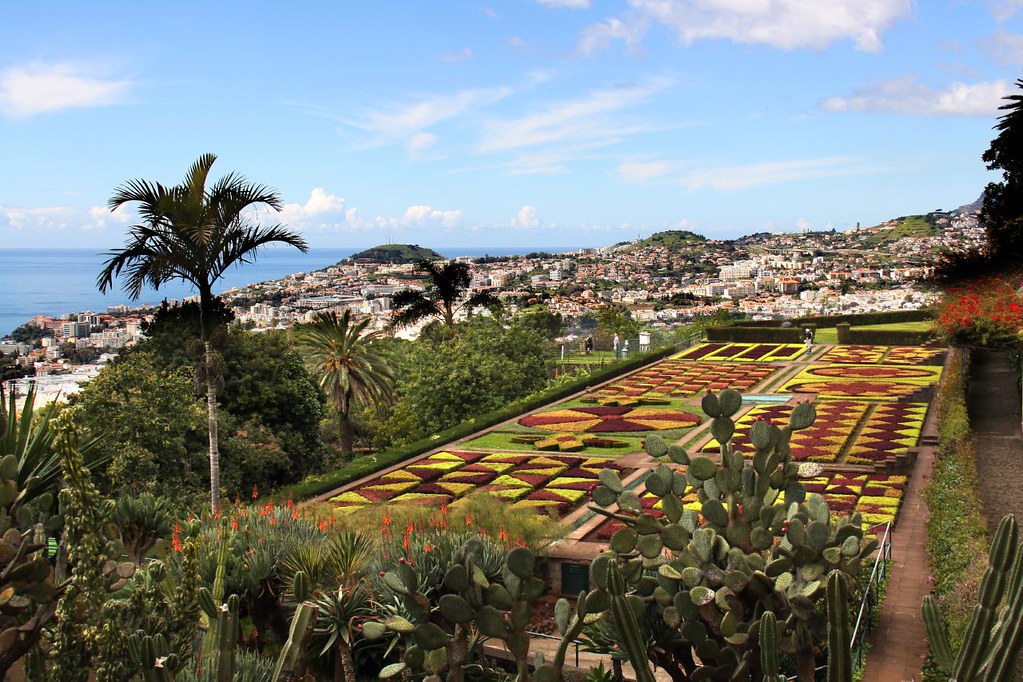 The bright colours and intricate patterns of Madeira’s Botanical Gardens are not to be missed. Just two miles from the centre of Funchal, these unique gardens opened in 1960, showcasing more than 2,000 plants. As well as being one of the island’s most popular attractions, the gardens also serve as a Science and Culture Centre. Wander among plants native to Madeira and the Azores and take in the views over Funchal.

Art enthusiasts should not miss out on visiting the Museu De Arte Sacra. The museum houses a unique collection of paintings and sculptures. One of the museum’s most important, historical exhibitions featured the Flemish paintings of the 15th and 16th centuries that were sent to Madeira during the golden era of sugar production. These large and spectacular paintings are not commonly found elsewhere in Europe.

Crumbling 19th century fishermen’s cottages have been transformed into a fairly lively area of Madeira’s capital. Zona Velha, Funchal’s old town, is the place to be for creative restaurants and pretty architecture. Look out for Rua de Santa, a narrow, cobbled street lined with bars, eateries and historic buildings, such as the 17th century Capela da Boa Viagem. 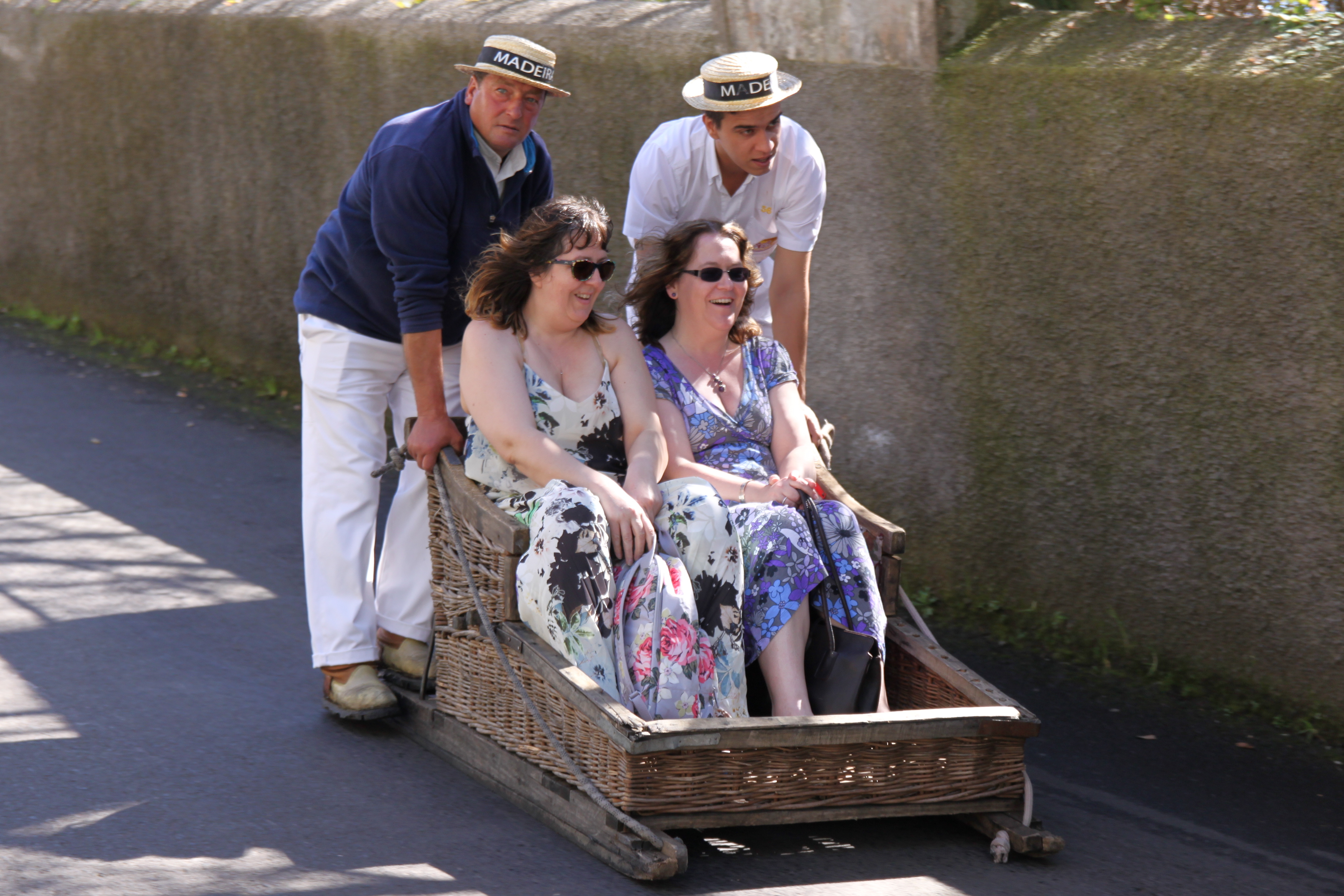 One of Madeira’s most remarkable attractions is undoubtedly the Monte Toboggan Rides. Dating back to 1850, the toboggans were originally a fast mode of transport for those wishing to travel to Funchal. Today, the adrenaline-pumping experience can be enjoyed by visitors to the island. Be prepared, though, as the high-speed journey through winding streets is not for the faint-hearted!

Whether you’re whizzing down the streets in a toboggan or taking a slower pace roaming through Funchal, we’re sure you’ll love discovering the island. You can visit Madeira and explore the neighbouring islands as part of a Canary Islands cruise.