100 Years Since Revolution in St. Petersburg

2017 will mark the centenary year of the Russian Revolution in 1917. Often cited in history as the making of Soviet Russia and the breaking of Imperialist Russia, it marks one of the most significant periods in Russian history.

What you may not know is that there was not one but two revolutions in Russia in 1917, the February and October Revolutions, although civil unrest had been simmering away for more than a decade after almost 300 years of imperial rule by the Romanov’s. The February Revolution of 1917 resulted in the abdication of Tsar Nicholas II and the creation of a provisional government with the October Revolution, better known as the Bolshevik Revolution, of 1917 resulting in the beginnings of the creation of the Soviet Union.

Here we mark the most important locations in St. Petersburg that still stand today and were key to Russia breaking away from the Romanov rule in February 1917 and beginning its 74 years under the control of the Soviet Union, before its dissolution in December 1991.

Many of these important landmarks located around St. Petersburg can be visited on a Baltic Cities cruise, with our shore excursions department offering tours to various locations across the city.

The Church of the Saviour on Spilled Blood 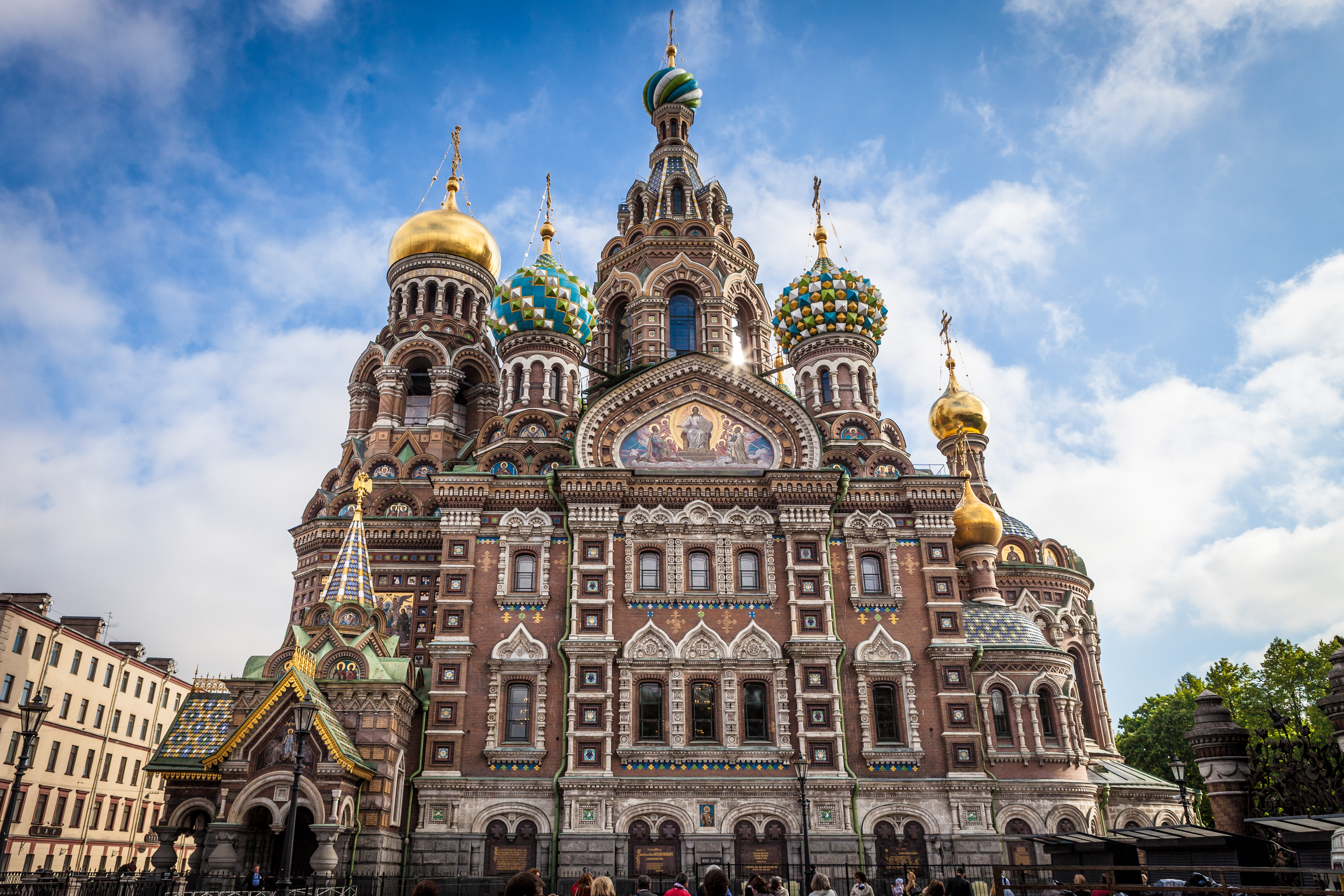 Also known as The Church of Resurrection, it was built on the site where Tsar Alexander II was assassinated in March 1881 by not one but two bombers from the Narodnaya Volya "People's Will" movement who both attacked on the same morning. The first bomb landed too far from the Tsar’s carriage and when he exited to see the damage a second was thrown which did hit him and landed at his feet before it exploded, he died later that afternoon from the wounds.

The next day the new Tsar, Alexander III, declared that an altar would be built to commemorate the exact location where his father’s blood had stained the cobblestones. It took a quarter of a century for the magnificent facades of the Church of the Saviour on Spilled Blood to rise from the earth, become covered in intricate mosaics and crowned with elaborate domes similar in design to St. Basil’s in Moscow.

Although almost 36 years prior to the two revolutions of 1917 this attack set into motion measures and laws put in place by the Romanov’s which would cause great suffering to the workers and peasants of Russia. Both Tsar Alexander III and his son Nicholas (later Tsar Nicholas II) were witness to the assassination and neither wanted to suffer the same fate.

On 22 January, 1905 over 3,000 striking workers and their families gathered at six points in the city to proceed peacefully to the Winter Palace to deliver a petition to Tsar Nicholas II, for workers to receive fair treatment and to improve their working conditions. Although the march was planned in advance, the Tsar left the Winter Palace on 21 January, 1905 so he could attend a meeting with the belief that if he was not at the palace the protest would not go ahead.

In all, more than 10,000 troops deployed in advance of the march with the order to stop the protesters before they reached the palace’s square. There was general confusion throughout the troops with some saluting the Tsar on the marcher’s flags, others allowing the crowds into the square in small numbers and others shooting into the crowds without warnings. Over 90 individuals were killed and 300 were injured on the day what was planned as a peaceful protest. The Tsar was generally blamed for the response of the army, despite not even being in St. Petersburg. 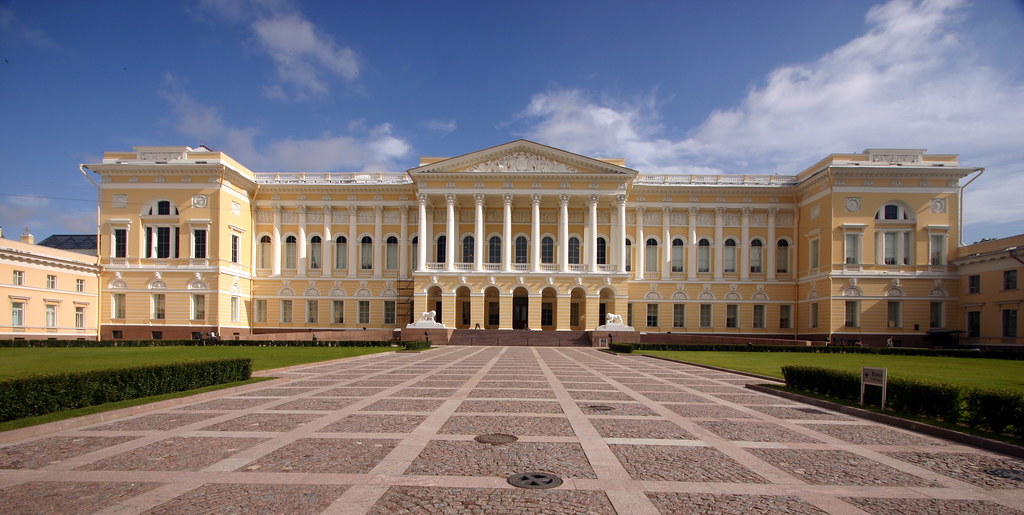 After the abdication of Tsar Nicholas II on 12 March, 1917 subsequently ending 300 years of Romanov rule, Colonel Romanov returned from the Russian front of World War I. He reunited with his family to the Alexander Palace on the outskirts of central St. Petersburg where they remained under house arrest for four months before being moved to Tobolsk in Siberia.

The deep seated fear of the revolutionaries that the family would be rescued and moved to a neutral country would ultimately prove to be the reason that on the night of 16-17 July 1918 the Romanov family, other family members and their servants were executed. 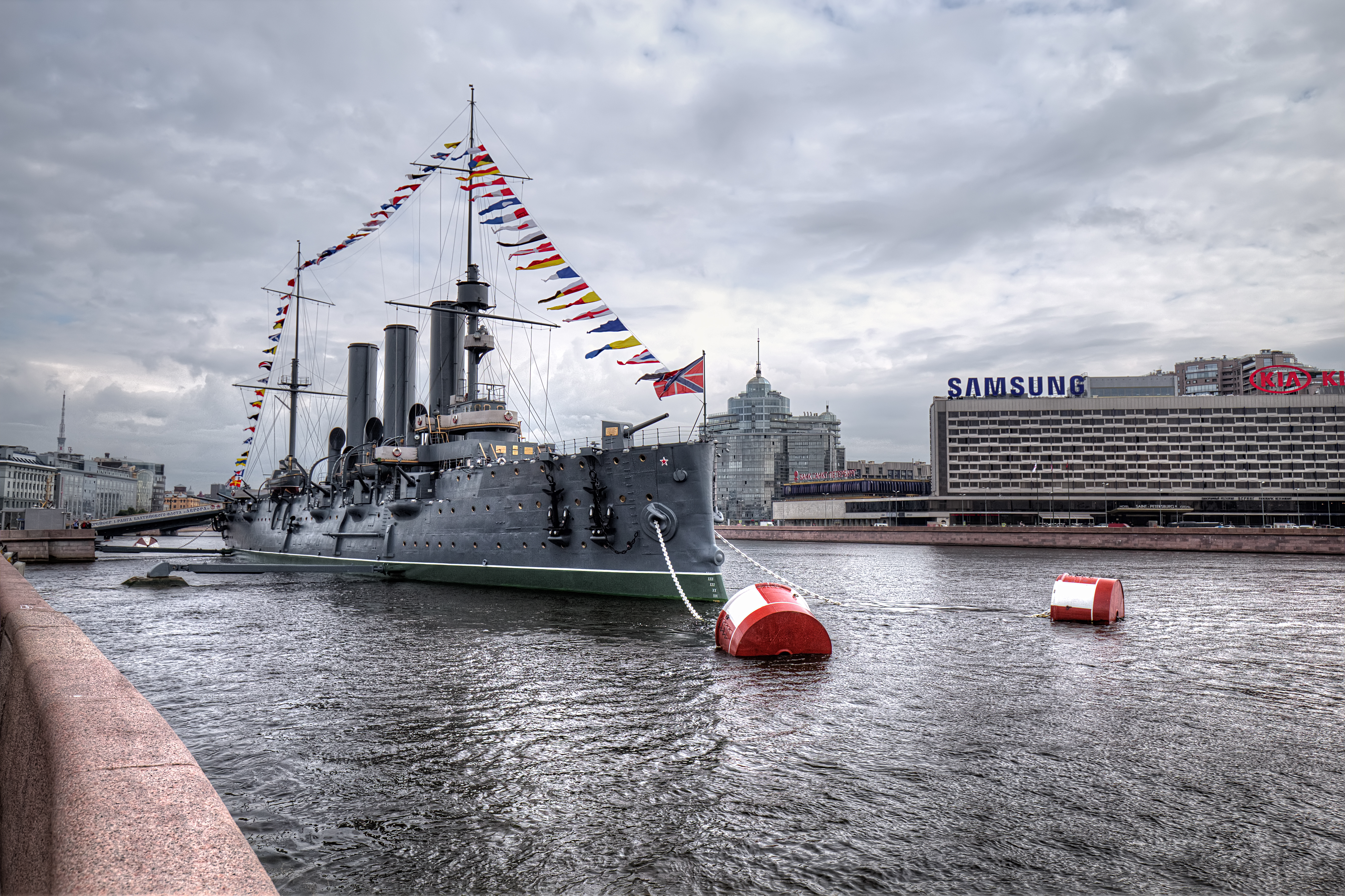 Now serenely docked on the river Neva, opposite the Nakhimov Navy School, the Cruiser Aurora entered Russia’s Baltic fleet in 1903 actively serving in the Russo-Japanese war of 1904-05 at the Battle of Tsushima. By 1917 she had returned back to the Russian capital of St Petersburg (Petrograd) becoming the main training ship of the Baltic fleet.

On the night of 25 October, 1917 the ship, then stationed near to the palace, fired blank shots which was the signal for workers, soldiers and sailors to storm the Winter Palace in order for the Red Army to gain control. This is often credited as the start of the Bolshevik Party and Russia’s rule under Vladimir Lenin.

On the 25th October 1917 part of the Bolsheviks and Left Socialist Revolutionaries stormed the Winter Palace as part of the October Revolution. They took control of the palace and had taken control of Russia overthrowing the Duma Provisional Government. The Romanov Royal family had ended their royal residence in the Winter Palace in March 1917 with tje family to be placed under house arrest once they had completed their move to Alexander Palace. The Winter Palace had become more of an administrative centre for the Duma, so the storming and taking of the building was more symbolic than actual power overthrow.

St. Petersburg has a dramatic past. But without question, it is the setting for some of the most significant events in Russian history, whether it was the October revolutions, peaceful protests or assassinations. On your Baltic cruise holiday you can walk through history as you learn about this fascinating city and country.